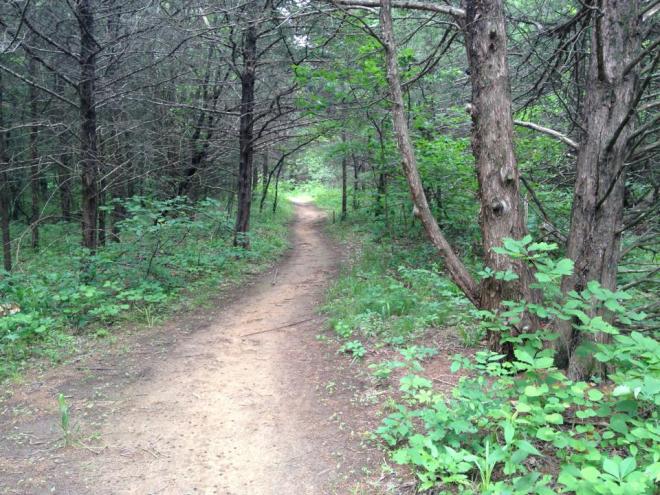 A tour of social media showed that a lot of you had a fantastic three-day weekend filled with cookouts, outings and good times with friends and family.

For me, it was three days of being at work. So you’ll have to forgive me if I was a tad jealous. But fortunately, the hours I work leave my mornings and early afternoons free. So while most of my weekend was taken up by duties on the job, I did manage to escape for a few hours to go with a group of folks on an out-of-town trail run.

The location: Lake McMurtry State Park, just outside of Stillwater, Okla. I’d never been there, so I knew nothing about it outside of the fact that it’s home to a pretty popular spring trail race.

The park exists in an area that’s sort of a border between the wooded hills of eastern Oklahoma and the prairie that dominates most of the rest of the state. The result is mostly easy cruiser trails with some elevation gain and loss, meandering through thick woods and near the lake’s shoreline. Two loops, each just over 6 miles long, give you an option of a hillier route and one that it more flat.

The group I was with was pretty typical of what I’ve gotten mixed up in before – everyone there was a more accomplished runner than me, including people who do multiple marathons and ultra marathons every year. A couple of them are 100-milers. I’m used to running with folks who are over my head, though, so no worries there.

What struck me was how pretty the park is.

Below is pretty typical of the singletrack we ran.

Remember what I said about woodlands meeting prairie? The prevalence of cactus like this (a good example of prairie flora) throughout the forest proves it. 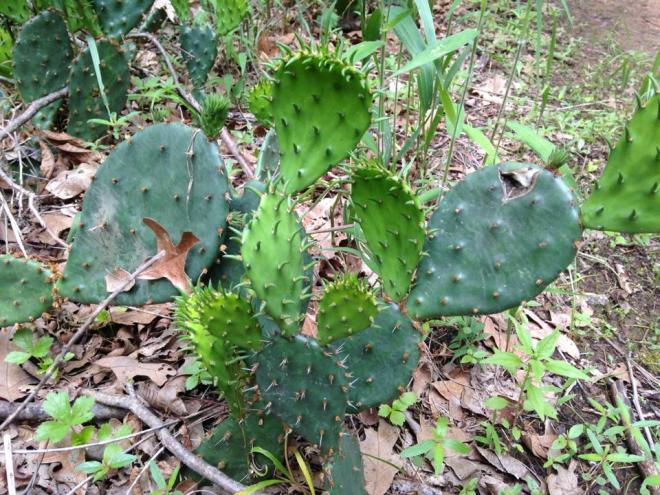 Another example: Cedar. Mixed among the blackjack oak and other hardwoods, cedars are often seen as a scourge to ranchers and farmers. But they’re pretty cool looking, especially when pruned up like this one.

Even though spring is getting a bit aged, wet weather and mild temperatures have left open meadows carpeted with flowers like these. 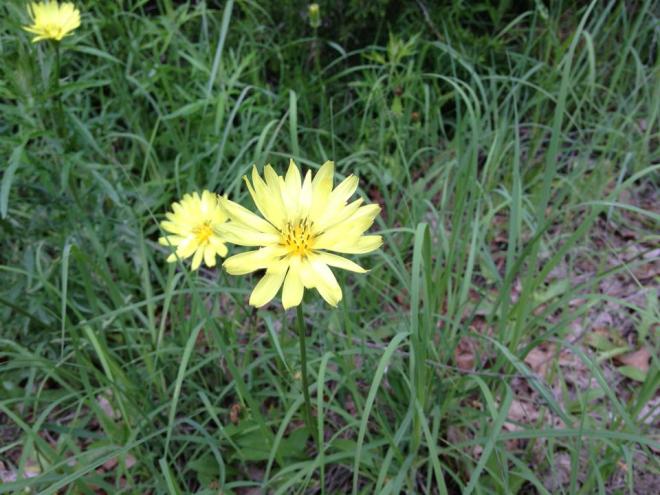 I did the first loop (the hillier one), and decided to listen to my left foot, which was a little angry with me. About half the group went ahead and did the second loop while I found a patch of grass and hung out by the lake shore. Cloudy, windy and humid, but very pleasant.

We saw an abundance of turtles all over the place, and I saw one really small snake on the trail. I also won the admiration of a tick, which I flicked off my shin before it really had a chance to settle in and feast on my lifeblood.

I took a couple things from this trip. First, it’s cool to hang out with the folks I was with that day. And one member of the group, Ken “TZ” Childress, is going to organize a half-marathon on these trails sometime soon (sign me up!).

But more than that, it was a small way for me to enjoy a little bit of the weekend like the rest of you all, even if it was just for a few hours. A couple hours outside will do wonders in terms of re-energizing your mind, body and soul.