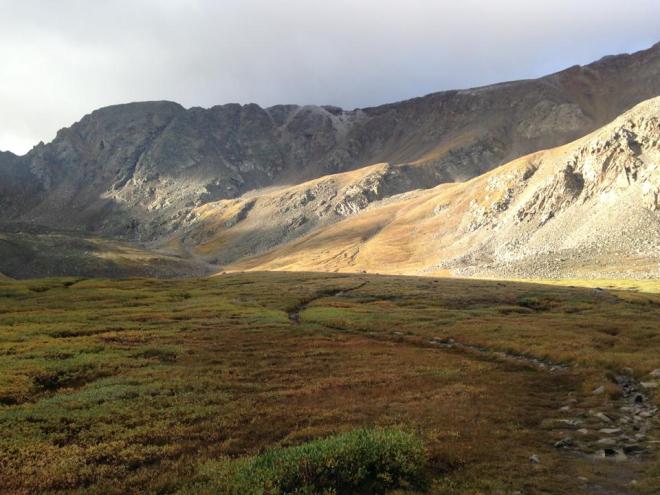 When I first laid eyes on Colorado’s Missouri Gulch Basin more than ten years ago, it was after a grueling, albeit short, hike with an overly loaded pack on my back. Ten other people were with me, most of whom were also laden with burdens a bit too heavy for their own good.

Lightning and rain pounded down on us from the skies. When we finally made camp and the skies cleared, we were treated to one of the sweetest alpine amphitheaters I’ve ever seen.

A high ridge flanked the west while Mount Belford stood tall to the east. To the north, the rugged and lofty wall that is Missouri Mountain. The basin itself was covered in green, willows down low and alpine grasses and flowers higher up. I knew that some point I’d come back to this amazing place.

Ten years later, I was back. My pack was considerably lighter. And this time, I was alone.

I can’t overemphasize how taxing the hike up is. Or how beautiful. The geological structure of the basin carries even the smallest sounds, which can be both magical and haunting: the pika’s high-pitched chirp, for example, versus the urgent call of the raven. Either way, sound carries much further and more clearly than it ought.

If I go back again, I’ll make sure I’m in better shape. If I do, I’m sure I’ll walk out of those woods with new and amazing impressions to go along with the memories I already have. 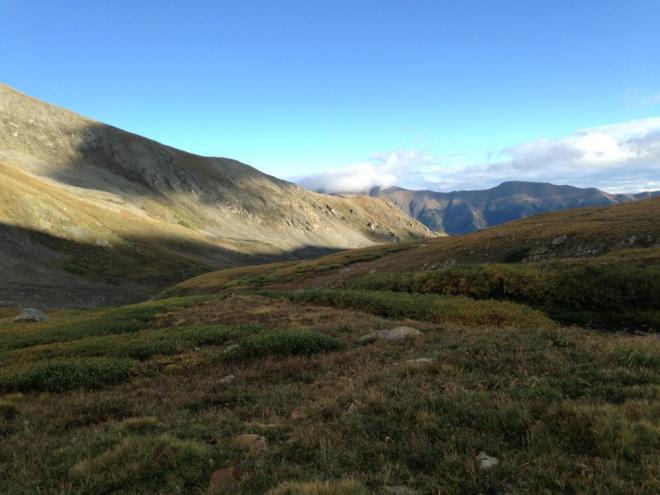