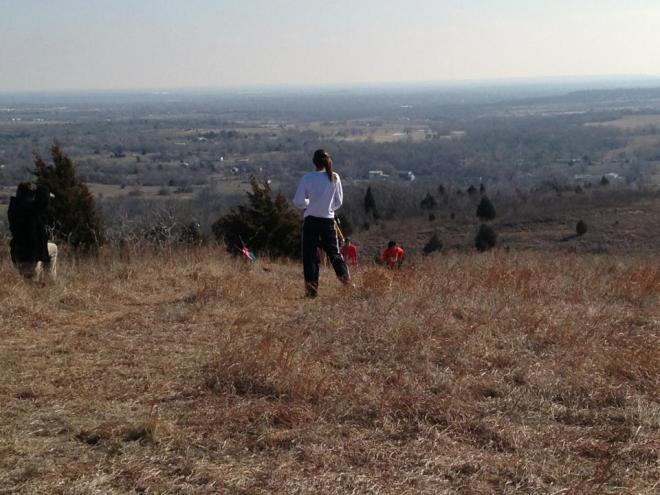 Well, it’s finally here. The beginning of my spring race season. And I’m starting with a hum-dinger.

Saturday and Sunday is the Post Oak Challenge, a cool trail race that takes places on a hilly patch of ground northwest of Tulsa. The Saturday races are all trail, while Sunday races are a mix of trail and road.

I ran this last year, doing the 10K trail race. It was a blast, and the course was at times both forgiving and relentless. By that, I mean that the trails are not technical at all (smooth, without the rocks and roots of what I’m used to), but the hills are significant, and the crux of all the races come at the final two miles.

I’m doing the 25K this year. There’s also a 50K for those ultra types. You know who you are.

For the truly insane is the opportunity to do some doublers. Sunday’s races include quarter-, half- and full marathons. Sign up for both days and you get that magic doubler trophy. (10K/quarter, 25K/half, 50K/full).

I can’t comment on the troad races, but I can tell you about the trail portions and what to expect (course map here). Like I said, the trail surfaces are wonderfully soft. There are some bottom areas that get pretty marshy, so race organizers recommend gaiters. Also, the singletrack nature of most of the course makes it tough to pass slower runners. So be ready for that. It mostly trends downhill until just before the fifth kilometer, then picks up about 120 feet before dropping back down and navigating smaller but frequent hills.

The course undulates a lot, and there are some nice hill climbs. But for the 10K and 25K runners, the crux of the race is at the end: two pretty big hills. 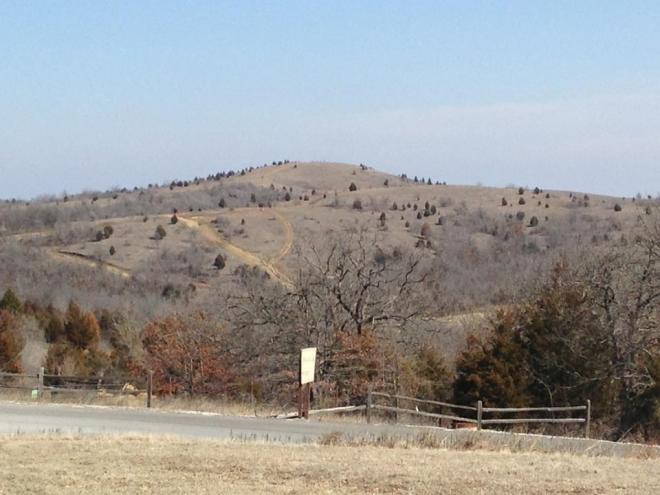 Just after the 17K mark, you hit the second-lowest part of the course, then abruptly begin the climb up the highest point in the Tulsa area, Holmes Peak. There is a slight drop in the middle of the climb, but between the 17K mark and the summit (21K) you’ll gain about 240 feet. The final push to the top is steep, but rewards you with a bird’s-eye view into downtown Tulsa.

From there, you begin a sharp downhill, dropping more than 250 feet, then gaining it all back on the course’s “Hill from Hell,” which includes a load of switchbacks, technical portions, mud and steep terrain. You start this climb at the 23K mark, then hit the top at just past 24K. The final kilometer is a gradual drop to the finish line.

That’s the end of it for the 10K and 25K runners. For the 50K crowd, they have to turn around and run the course in reverse. Ouch.

If you’re running this one, I’ll see you there. If you’re doing a doubler, hats off to ya. You’re going to have fun getting insanely sore.

If you’re doing the 10K, you can find your course map here.

If you want to check out the course maps for all the races, go to this link and find the races you’re interested in.