You know how wild a place is going to be based on how difficult it is to get to. While not a foolproof axiom, it generally holds up.

And that describes Chicago Basin, Colorado, very well. You can either hike in from some 20 miles out or hop a train and get dropped off in the middle of nowhere to start your journey to this slice of alpine heaven.

It’s a lot different than most of Colorado. The state is pretty dry by nature, but the San Juans tend to accumulate more rain and snow than neighboring ranges. And compared to the rest of the San Juans, Chicago Basin gets even more. The end result is a place so lush, so green, that is practically drips with foliage.

At times, the clouds and mists obscure the real rock stars of the basin – its peaks. But invariably, these beauties refuse to remain veiled for very long. Four summits towering more than 14,000 feet crown the upper reaches of the basin and even more 13,000-foot peaks join the show. Like the wilderness itself, all these mountains are wild. No gentle, grassy slopes for these crags. Instead, you’re greeted by sheer cliffs, tall spires and rocky ramparts that create an imposing – and inspiring – skyline.

In some ways, it’s too bad you can see these scenes from the road. But like a lot of things in life, with great effort comes great rewards. You’re going to have to do more than take a long drive to see Chicago Basin. But if you’re willing and don’t mind the toil, you’re going to see real wilderness on its terms, and in its full glory. 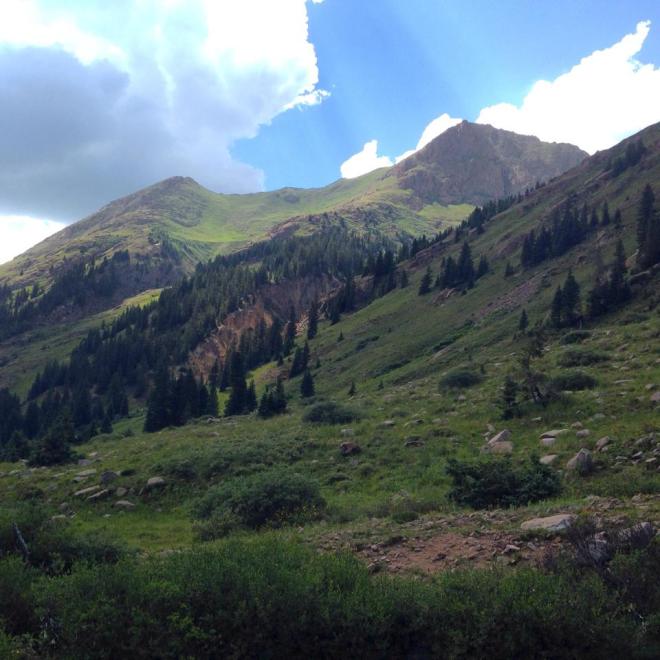