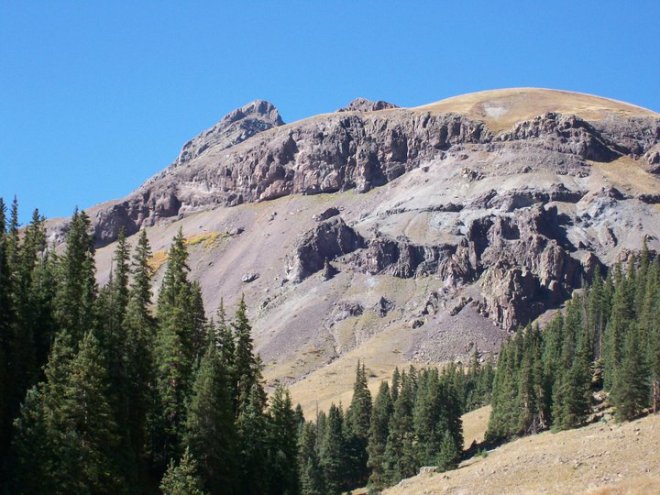 NOTE: The following is an excerpt from the book “Outsider: Tales from the road, the trail and the run.” The book is available here.

I have a personal philosophy when it comes to road trips: They should always begin by getting in your car/truck/rig, and pointing that sucker west. Let me explain…

Not long ago, I was sitting around with a bunch of co-workers as we wished a colleague well during his last days with us. He was leaving to take a job in Pittsburgh, which to me seems like a far-off place in a totally different world from my current home in Tulsa.

Someone asked him if he’d be driving straight through or stopping overnight. He chose the latter, but said the trip can be made in about fifteen or sixteen hours.

That shocked me. So many states away, and it’s just sixteen hours from here?

That’s only two hours longer than my last trip to western Colorado, that big rectangular mass that actually borders my home state.

It got me thinking about the vastness of the West, the wonderful, weird, wide open expanse of what I think is best in America.

A few hours earlier, I was home watching a re-run of Anthony Bourdain’s No Reservations program. It was one of my favorite episodes, the one where he hangs out with Queens of the Stone Age’s Josh Homme in the high desert of California. In addition to the coolest soundtrack of any show on TV, it showed more of what makes the West so alluring to me: Desperate scenes of civilization clinging to life on the shores of the Salton Sea, a dude who painted a mountain (literally painted on the whole mountain) and long stretches of open highway slicing through arid wastelands most people would assume avoid.

Where I live, in my opinion, is sort of the dividing line between east and west. Tulsa is right on the edge of the Ozarks, which I see as being Appalachia lite. Drive a few hours west and you’re in the high plains. At the edge of that, you hit the Rockies.

That’s where things get interesting.

I was born in Illinois and have lived most of my life in Oklahoma, but I grew up in Colorado. Despite this pesky accent I’ve picked up I consider myself a westerner. To this day, I still envision sunsets over the Rockies and associate pines with the high country.

This had an effect on me. I live here in T-town, but feel compelled to return to what in my mind is my homeland. It’s sort of a salmon-spawning-grounds story, but without the whole breeding/dying/getting-eaten-by-bears thing. Money (or a lack thereof) keeps me from going more often. To be honest, I’ve got a serious road trip itch working right now.

My pilgrimages there have often been with friends and family. A couple of times, they’ve been blessedly solo. However it works, the one thing that is true is that I feel a little more free when I go. Sometimes dangerously so, or at least that’s how it seems – on your own, the comforts of home farther and farther away, but the promise of seeing something new and possibly transformative pulling you down the road. Road-tripping is the best form of American escapism there is, and the West is a magnet for dreams of freedom.

And it always has been. Since the founding of the nation, people have looked west to find their destiny or otherwise flee the confines of the lives into which they were born.

That’s one of the most interesting aspects of the West. Free spirits, non-conformists, weirdos and outlaws all looked to the wilderness beyond the Mississippi. The profound impact this has had on the American cultural landscape can’t be understated.

I’ve often told people that the farther west in America you go, the weirder it gets. Boulder is pretty weird. All those little mountain towns from Montana to New Mexico are pretty weird (even the smallest Montana villages have at least one church and one bar). Roswell is weird. In Nevada, you get the weirdness of Las Vegas, Burning Man and Area 51 within its odd confines. Once you hit the coast, you reach the gleaming metropolises of Los Angeles, San Francisco, Portland and Seattle. The farther you make your way west and north, the stranger it gets.

And then there’s Alaska. For those fleeing conformity, broken relationships, the law or any other demons, there is no farther place you can go, at least not in the U.S. You have to be committed to go that far, and even more so to stay. And that makes for a place with some truly colorful personalities – real frontiersmen and women who could actually live libertarian ideals of self-sufficiency, and ex-governors who say they can see Russia all the way from suburban Anchorage.

People go to these places, and invariably, those places change them. A person who has lived in the mountains or the desert for any length of time won’t look, talk, think or act like those who have spent their existence in a suburb of Cincinnati or in a borough of New York. Harsher climes and sweeping landscapes alter people in that way, building up quiet strength and self-reliance while stripping away pretense. Scratching out a living out West will humble and toughen you in ways few other places can. Many folks envy that, which explains why people pay for the privilege of spending a week on dude ranches and will even shell out thousands to outfitters who give them “authentic” backpacking experiences. Guns are scary to many Americans; they’re just tools to the people of the rural West.

And let’s revisit that landscape. America is filled with gorgeous places. I’ve been out east quite a bit. Tennessee, Pennsylvania and West Virginia are knockout beautiful. Closer to home, northwest Arkansas has the same feel. All throughout the east you have these wonderful hills and mountains, thick woods and meandering rivers.

But it’s also stable. It feels old. Established. And that makes sense, seeing that the communities in the east date back to the 1600s or even earlier, and the Appalachians are some of the most ancient mountains on Earth.

Not so much in the West. While some Spanish settlements there are quite old, most cities and towns out West are pretty new, historically speaking. The mountains themselves are younger. Their rise is more dramatic, and in the case of the Tetons, startlingly so. The West has volcanoes. One of them famously blew up back in 1980, and we know that some of its Cascadian neighbors could well do the same. The West has glaciers. In one section of Colorado, deep in the San Juans, you can see the confluence of geologic uplift, volcanism and ice-age glacial carving, sculpting a landscape so wild that it boggles the mind.

Wind gives us the carefully crafted arches and towers of Utah and Arizona. A tiny alpine trickle gathers itself and plummets downhill, gaining strength and size and speed until it slices a gash so long, wide and deep that it can be seen from space.

Is there any wonder as to why I don’t take off right now?

I envision a future trip unfolding like so many others have in the past: I’m in my car, cruising at seventy-five miles per hour on a two-lane highway with endless vistas of the Oklahoma Panhandle prairie all around. The stereo is up loud, cranking out tunes from U2’s The Joshua Tree. In the back, with the seats down, my belongings – a pack, a tent, food, mountaineering gear and campsite tools – jostle with the contours of the road.

Then I spot it. Rabbit Ear Mountain, a small peak in the far northeastern corner of New Mexico, a marker of what I see as the easternmost outpost of the Rockies.

I grin a bit. Adventure is close. And I keep driving.