All grins atop West Spanish Peak. But know that I was beat after this one.

The popularity of hiking and climbing the Colorado 14ers (peaks that rise to an elevation of 14,000 feet) has not waned in the slightest, and that has left many peakbaggers looking for less lofty – and less crowded – mountains to see. Part of the appeal of hiking and climbing mountains is being in a dramatic natural landscape that’s away from crowds.

My latest trip took me to a mountain that had the appeal of smaller crowds but easy accessibility: West Spanish Peak (13,626 feet). You can see it and its shorter neighbor, East Spanish Peak, from Interstate 25 between Trinidad and Walsenburg in southern Colorado. The Spanish Peaks, part of the Sangre de Cristo Mountains, dominate the landscape around them as they sit relatively alone, surrounded only by lower rising ridges and mountains. They’re a dramatic pair that only grows more impressive as you get closer. 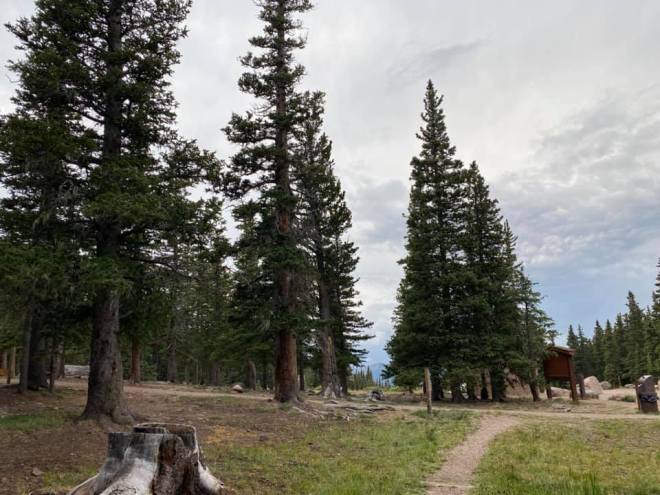 Campsites at Cordova Pass. The trailhead is here, and the campsites are pretty sweet. Bonus: Any passenger car can get here.

The route up West Spanish Peak is straightforward. Its trailhead is located at the Cordova Pass campgrounds, administered by the National Forest Service (any passenger car can get to the trailhead, and the campgrounds are excellent; there is a $7 daily fee to camp). The ascent has two phases that could not be much more different. 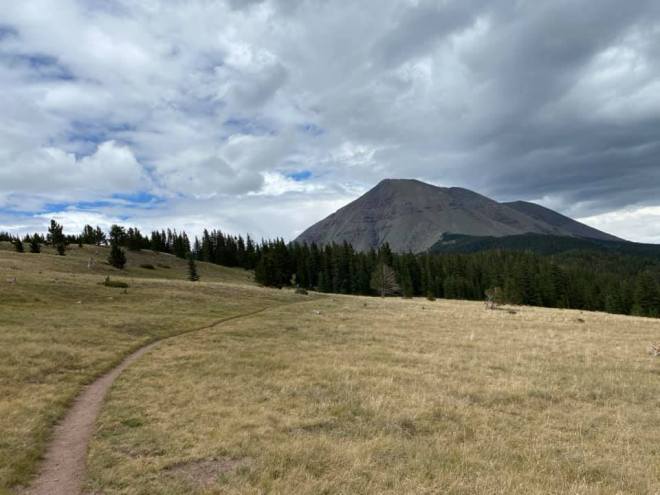 Easy hiking and sweet views last for nearly three miles. The peak is in the background.

Starting from the Cordova Pass trailhead, hike an excellent trail into the forest. It will follow a mellow ridgeline up and down for just short of three miles, crossing a broad meadow at one point and also offering a few overlooks which give you awesome views of the surrounding terrain as well as the peak itself. This portion of the hike is, with a few exceptions, mostly flat and pleasant. There is a section of switchbacks in the middle of the route, and then one larger set as you gain the needed elevation to reach treeline. None of these are very steep, but you’ll feel the elevation quickly: the trailhead starts at just over 11,200 feet.

One of many scenic overlooks below treeline.

As you break through treeline, the real work ahead becomes apparent. A large cairn marks the beginning of the ascent of the peak’s west ridge, and yes, it’s steep. Starting at this point, you’ve got a mile to go to the summit and 1,600 feet of vertical gain, so it’s a bit of a leg/lung buster. 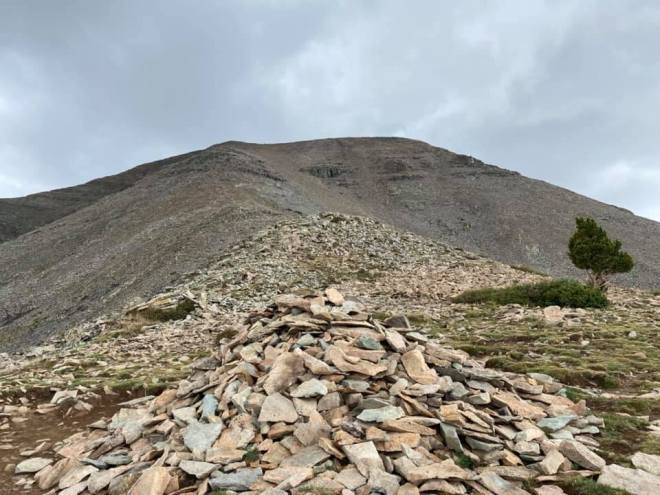 Above treeline, the monster cairn is seen at the bottom of the picture. The route follows the ridge all the way to the summit.

The route is frequently marked by cairns, and unlike some mountains, these are all helpful. However, at the start of the route they are easy to miss because they blend in very well with the abundant talus here. From the large cairn, just hike up the ridge and eventually you’ll see the first smaller cairn and the route will be more apparent. Resist the urge to follow a faint trail that traverses the side of the mountain to your right; it doesn’t take you anywhere useful, and is basically a path through loose rubble.

The route more or less does a zig-zag straight up the ridge. It’s mostly stable, but there is loose scree and some loose talus. For the most part, there is no scrambling here – just very steep hiking.

As you approach the summit ridge, one more cairn will point the way. Once you reach it, the path to the summit becomes clear. Head to your right up easier hiking on a fairly clear trail to the summit. Once there, you’ll get a great view of the Cordova Pass area from which you came, the town of Le Veta below on the other side, and East Spanish Peak. 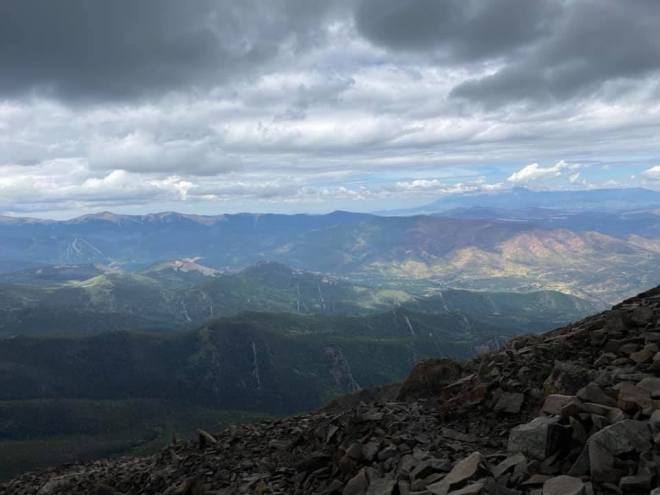 Heading back down. You can actually see the whole route back to the pass from here, including the ridgeline and the meadow.

ABOUT THE ROUTE: Round trip length is about 8 miles, with 2,384 feet of vertical gain. It’s easy Class 1 hiking to treeline, and then it becomes a steep Class 2. You will also get surprisingly good cellphone reception the whole way.