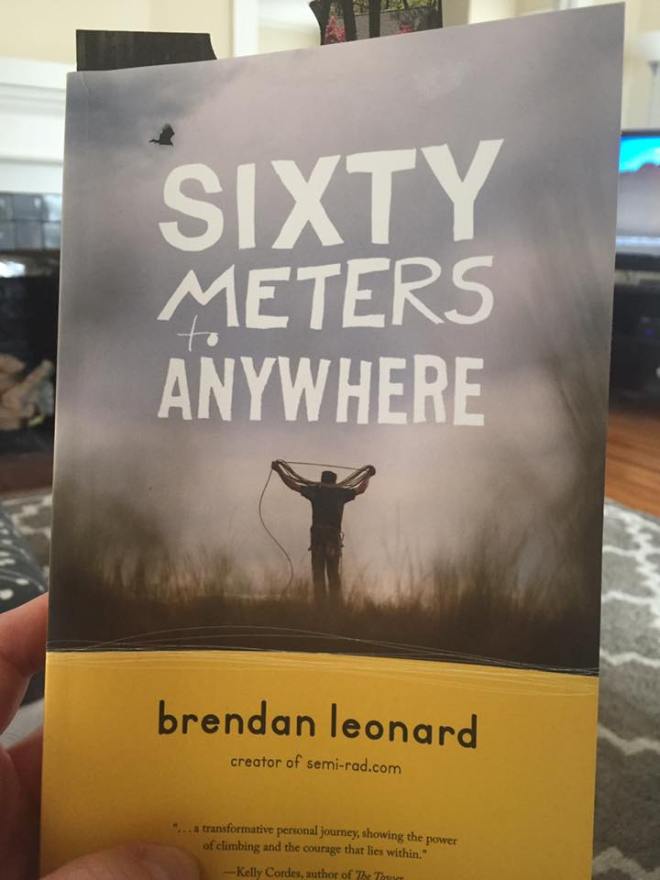 Imagine sinking so deeply into your vices that your immediate future included jail time, and your long-term prospects would likely involve sickness, heartache and succumbing to your addictions.

Then imagine detailing it, warts and all, to anyone willing read about it.

That’s not the entire scope of Brendan Leonard’s memoir “Sixty Meters to Anywhere,” but it is the foundation of this unapologetically open account of how he spent his younger years, and the series of events that turned things around.

Leonard is best known for his popular outdoor blog semi-rad.com, and his debut book, “The New American Road Trip Mixtape” was a hit among the outdoorsy set. And for good reason: That was a book in which he bared his soul while colorfully retelling the journeys he took – literal and metaphorical – across the American West while living out of his car. Leonard’s prose is spare, and I mean that in a good way – absent are the clunky mechanisms that trap a lot of wordy writers, leaving behind sleek, fast-paced storytelling. (You can read a review of that book here.)

In “Sixty Meters to Anywhere,” Leonard’s toolbox is the same and with similar effect: You get a style of writing that is stripped down yet chock full of imagery as he describes his descent into substance abuse, hitting rock bottom, and then slowly climbing out of it during post-graduate studies, far from home and isolated from his family, friends and the demons of his Iowa hometown.

It’s no real spoiler to say that he discovered something to fill the void of the troublesome fun he found too often at the bottom of a bottle – the outdoors. Those familiar with his writing (aside from his blog, he has credits in Outside, Climbing and Backpacker magazines, among others) already know he’s an accomplished climber and outdoorsman. But how he got there is the essence of what lies behind “Sixty Meters.” Baby steps into the mountains, followed by a particularly fortuitous gift (the name of the book comes from the standard length of climbing rope he received), not only gave Leonard a new way to channel his passions, but also a path to fundamentally change who he was and avoid the sad story of what could have been.

Leonard doesn’t shy away from his shortcomings and doesn’t glamorize his accomplishments, and he’s careful to include the ways in which his actions hurt others. You find yourself rooting for him while also appreciating the people who stood by him over the years. It’s that sort of honesty that has won over his fans.

The outdoors has proven to be a haven for people who bottom-out in life, and Leonard’s story embodies that. I’m sure it has — and will — resonate with a lot of readers.

NOTE: This is the second in an occasional series called Mountain Reads. Part one can be read here. 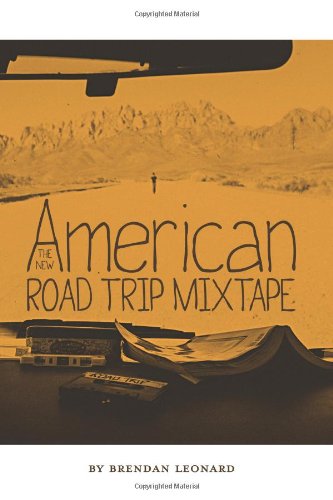 That’s the central question driving Brendan Leonard’s first book, “The New American Road Trip Mixtape,” an honest and sometimes raw look at the forces that propelled him out of what he thought would be a comfortable urban existence into something much more untraditional – that of full-time life on the road, working, travelling and bunking down in his car as he piled on the miles across the American West.

You may know Leonard from his semi-rad.com website, posts on the Adventure Journal or articles written for a number of outdoor magazines. In his book, he explains how the latest chapter of his life was born and where it’s taking him.

Like I said, Leonard is quite frank about his past: A failed marriage, followed by what he’d hoped was a better relationship with a woman whose interests matched his. But when that ended, he found a need to clear his head on the road.

Leonard works through the pain of the breakup as well as the observations and lessons he learns visiting friends scattered across the West while also taking us back to his younger years, the time when he became what he is now – a writer, traveler and climber.

The book is loaded with anecdotes of climbing adventures in the grand peaks of the Rockies, but is also takes us to lonelier moments where it’s just him, alone with his thoughts as he tries to get some sleep in the cramped back-end of a Subaru.

The highs and lows of his journeys are pretty well summed up when he writes, “But a true pilgrimage has to have some struggle, right? If there was no pain or suffering on the way there, was there meaning at the end?”

That resonates deeply with anyone connected to the outdoor community – the relishing of the sufferfest, working out your demons on hard treks, spicy routes or long journeys. Interestingly, Leonard surprises himself that the answer to his central question – “What is a life” – is simultaneously found in his observations of his closest friends as well as the realization that he doesn’t necessarily need to emulate them to find what he’s looking for.

Leonard’s storytelling is solid, and the indictments against many of the trappings of modern living are sharp and, honestly, very revealing.

The book is fast read, and with the weather warming up in time for all those dreamed-about road trips, it just might be the type of thing to get you going. You can get it in print for $9.62 on Amazon or on e-reader for $7.99 on Kindle and Nook.