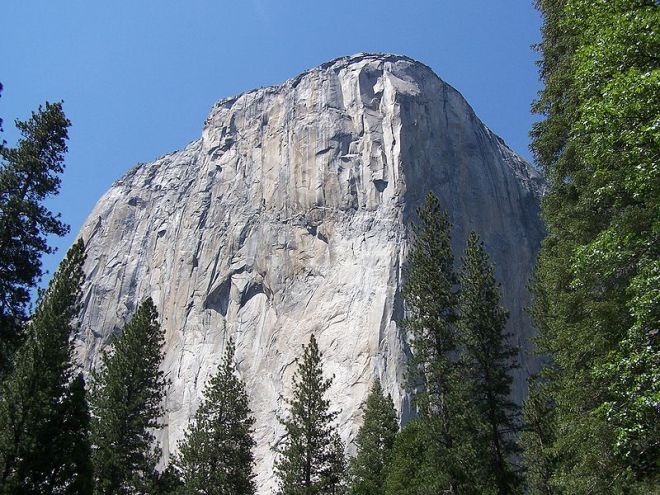 Years ago, ABC used to air a weekend program called “Wide World of Sports.” It was a staple for many who were interested in watching events that weren’t part of the “big four” of American sports, that being football, baseball, basketball and hockey.

But the show’s most lasting imprint on popular culture didn’t come from the sports it televised. It came from its intro, a montage of clips from a variety of contests. The narrator speaks of “the thrill of victory,” then cues up a downhill skier wiping out violently during a race before continuing, “and the agony of defeat.”

The stakes of sports are what make them compelling. The higher the stakes, the greater the drama. Nowhere is that more true than in the mountains, and we saw both the thrill and the agony play out within days of each other on one of the most iconic rock faces on the planet.

On June 2, climbers Jason Wells and Tim Klein were on El Capitan’s Freeblast route when they fell, ultimately plummeting more than 1,000 feet to their deaths. Both were accomplished, experienced climbers on a section of the route described as well within their abilities when the fall occurred.

On Wednesday, June 6, climbers Alex Honnold and Tommy Caldwell were also at El Capitan, trying to set speed records on the Nose. They accomplished this – twice. The new speed record for climbing this route stands at 1 hour, 58 minutes and 7 seconds, an astonishing feat on a route that takes most people days to complete.

This is the dualism of mountaineering. Obviously, there are other possible outcomes. You can get turned back by weather or route conditions, or perhaps forced into retreat by illness or injury. But there are few sports where the reward for success is, in reality, so modest, and the toll of failure (even if you did everything right) so painfully high.

It’s something I think about every time summer draws near. Exploring the mountains is becoming more popular every year. Most aren’t climbing El Capitan, but they are venturing into wild places that aren’t inherently safe or forgiving. Many thousands cut their teeth on the easier peaks, then try tougher challenges as time goes on. The vast majority do OK. But some don’t make it back. That’s how it works in the high country.

I won’t waste time grousing about the unnecessary chances people take, or social media pressures to go bigger each time. That’s been covered. But it does make me stop and think. Last year, scores (hundreds?) of people successfully climbed Capitol Peak in Colorado’s Elk Mountains. But within a span of six weeks, five people died on that same mountain. Other peaks, in Colorado and elsewhere, had similar stories, I’m sure.

It would also be silly to ask why people bother, given the risks of climbing, mountaineering and backcountry exploration. Mountains draw us in. Wild places fascinate us. Summit views, the sounds of the woods and the quiet of wilderness are always going to be a draw. The good parts, and the feeling of accomplishment, have their own special allure. That’s our version of the thrill of victory.

But I suppose it’s worth considering the agony of defeat. I’ve had a few close scrapes, but have come out of those OK. Others haven’t, even if they have many times before.

Maybe that’s the lesson from Yosemite Valley last week, just in time for the crowds who are heading into the mountains now.

It seems that maybe winter is beginning to lose its grip, at least in my part of the world. And that means more time outside. Not that you can’t have a good time in the snow. Anyway, here’s some more goodies in this edition of the Weekly Stoke!

It might seem like Alex Honnold gets a lot of attention in this space, but he keeps adding to an already amazing list of climbing and mountaineering accomplishments. His latest was a team effort with Tommy Caldwell to do one of the most radical traverses around, the Fitz Traverse in Patagonia.

Not all the news from Patagonia is good. Speed climber Chad Kellogg died from rockfall on Fitz Roy.

This post describes some common running mistakes — and how to avoid them.

This story is a fascinating account of what it’s like to suffer from a poisonous snakebite while in the bush of Myanmar.

And finally, there is this video on avoiding the dangers of an avalanche.