Nobody loves a good camp fire more than me. I can stare into the flames and enjoy that mellow nighttime vibe for hours.

But if I’m camping anywhere west of the High Plains, I’m not making one. And neither should anyone else this summer.

As of this writing, there are scores of large, active fires burning in the United States, and all but a few are in western states. Arizona has closed four national forests to visitors as massive wildfires there spread. Large fires are popping up in Colorado, Utah, New Mexico, California, Oregon, Washington, Wyoming and Montana, as well as in British Columbia. And given the lousy snowpack much of the West received this winter and spring, there’s a good chance fire conditions are going to worsen.

The western drought is so severe that lake levels at massive reservoirs such as Lake Mead are near record lows. That’s a sign that this drought isn’t just one season in the making. It’s been an ongoing trauma to ecosystems in much of the western half of the continent.

Topping it off is the widespread tree die-off from bark beetle infestations. The mountain pine beetle has killed about 100,000 square miles of forest in the North American west over the past 20 years, leaving behind huge swaths of dead trees from New Mexico to British Columbia – ready fuel to turn the smallest fire into an inferno.

I could go into the whole fire etiquette thing – keep the fire in a fire ring, make sure it’s out and cold before leaving it, etc. – but we’re past that now. Any open fire sheds embers and sparks, and as we’ve seen, it doesn’t take much heat to get a fire going. Carelessness with camp fires often leads to disaster, but given the conditions right now, even if you do everything right, you could still set off a wildfire.

Some would argue that natural events, such as lightning, are a bigger cause of wildfires than people, but this is a myth. In the U.S., almost 85 percent of all wildland fires are caused by humans.

These wildfires can – and do – cause real harm to people. Property damage from wildfires runs into the billions of dollars, and as we saw with the 2018 Paradise fire in California, the effects turned deadly. Eighty-five people were killed in that fast-moving, fast growing fire that razed a town.

A calming camp fire is a time-honored tradition, and we all like cooking over a fire. But you can use a camp stove to cook, and find other ways to make that camp experience more relaxing. This summer, we need to do our part and not light those fires.

Golfers get in a round while wildfires burn in the background. I can’t think of a better metaphor of how climate change is being addressed in Washington right now. (Kristi McCluer, photo)

If you were to summarize and visualize the effects of climate change in the United States, all you would need is a weather recap of 2016 and 2017.

From the National Climate Assessment, these are a couple of the summarized findings and predicted conditions we can expect as the planet warms:

Extreme weather: There have been changes in some types of extreme weather events over the last several decades. Heat waves have become more frequent and intense, especially in the West. Cold waves have become less frequent and intense across the nation. There have been regional trends in floods and droughts. Droughts in the Southwest and heat waves everywhere are projected to become more intense, and cold waves less intense everywhere.

Hurricanes: The intensity, frequency, and duration of North Atlantic hurricanes, as well as the frequency of the strongest (Category 4 and 5) hurricanes, have all increased since the early 1980s. The relative contributions of human and natural causes to these increases are still uncertain. Hurricane-associated storm intensity and rainfall rates are projected to increase as the climate continues to warm.

I’ve left out the 10 other categories, mostly for the sake of brevity. But to look back on some weather events over the past 12 months or so, it looks like a rogue’s gallery of future conditions climate scientists predict is headed our way.

In November of 2016, severe drought conditions and high winds turned the U.S. Southeast into a tinderbox. Two teens lit matches and threw them on the ground near Gatlinburg, Tenn., starting a firestorm that killed 14 people, torched 2,400 buildings in Gatlinburg, Pigeon Forge and Sevierville, and burned 17,000 acres in Great Smoky Mountains National Park. Future warming is said to threaten the woodlands of the southeastern U.S., turning it from a temperate forest region into a warmer, and far less forested, savannah environment.

During the winter of 2016-2017, the Sierra Nevada Range saw massive snowfall that averaged, in some places, between 500 and 700 inches. This, after years of drought so severe that the entire state of California was on a water rationing plan. Previous snowpack levels were as low as less than 25 percent of normal, and yet this past winter, it was an abrupt reversal. As late as June, eight feet of snow was still present in some areas. While generally welcomed, record precipitation also prompted flooding that caused more than $1 billion in damage and caused the Oroville dam’s spillways to fail.

Not long after this bounty of moisture, the West Coast went through an intense heat wave that prompted one of the worst fire seasons in memory. Wildfires along the West Coast and in the Rocky Mountain states burned at record levels. Northern California wildfires are said to be the deadliest and most damaging that the state has ever seen. Seattle went through a near-record span without rain. Portland, Ore., normally a temperate city, broke 100 degrees regularly. And we are told that the nation’s wildfire season continues to steadily grow in length as the years have gone by, particularly in the West.

The 2017 hurricane season saw more extremes. The trend of stronger hurricanes has been on the rise since the 1980s. If this season was any indication, things can get much worse. Hurricane Harvey parked itself over Houston and east Texas, using the abnormally high water temperatures in the Gulf of Mexico to feed itself for days on end. In addition to storm surge and wind damage, Harvey unloaded a year’s worth of rain on the area in the span of a week. Harvey was followed by Hurricane Irma, which hit Category 5 status at one point, and slammed into Florida with damaging winds, storm surge and flooding. Then came Hurricane Maria, which devastated Puerto Rico and the U.S. Virgin Islands, causing damage which could linger for a generation or longer. Hurricane Ophelia hit Ireland (Ireland!), the first such storm so strike the island in nearly 60 years. Ophelia was the 10th major hurricane this season, making this the most active hurricane season since 1893.

I could go on. The warming earth has led to the spread of the pine beetle, which has devastated forests in the American West, adding further fuel to already dangerous fire conditions. We could talk about ocean acidification, which stressing marine life and threatening fisheries. And then there is the real possibilities that some places in the world inhabited by hundreds of millions of people could become so hot as to be unlivable (heat deaths in India have been in the thousands as of late, and one city in Iran recorded a heat index of 165 degrees a little more than two years ago), and that warming conditions in Southwest Asia may have contributed to the explosion of violence and turmoil seen in Syria – a crisis which flooded the region with war, sent refugees to Europe by the millions, seismically altered politics on that continent almost overnight, and even had reverberations here in the U.S. Maybe that’s why the Pentagon recently cited climate change as a major threat to U.S. national security.

And just to be clear, we are causing this.

I spend most of my time on this site discussing the outdoors, or fitness, or plenty of other things far less serious than everything detailed above. But I believe that if you love the outdoors, conservationism must be a part of your life. Naturally, a lot of us want to protect the places we enjoy. Many others make their living helping us do just that. And more importantly, we all have a stake in seeing that the places we live, work and play don’t become washed away by floods or turned to ash by fires just because we didn’t pay attention to what the planet is telling us.

And then there’s this: There are people in power trying to downplay the risk, or stifle commentary on it altogether. Multiple federal agencies are being cowed into submission by people representing interests that do not want to see any action on how we deal with climate change. In some cases, they are literally voicing and printing the talking points of industries that fear they might lose revenue and shareholder value should common-sense conservation policy be allowed to take hold.

So pay attention. Get to know who your elected officials are. Write them often. At some point, enough people must speak up for the political class to listen.

Smack in the middle of July, we are in the heart of the summer and its brain-weathering heat. If you’re a nut like me, you’re out there enjoying it just the same. Why? Because it beats sitting on the couch. That’s why. Here’s this week’s edition of the Weekly Stoke!

Outside Magazine has this interesting photo gallery of 5 peaks forbidden to climbers.

The Adventure Journal has a write-up on how climate change and declining snowpack is contributing to vastly increasing wildfires in the west.

For most of us, running a marathon is a once- or twice-a-year endeavor. Maybe even once in a lifetime. But not for this woman and MS patient, who ran 366 marathons in 365 days.

Summer is half over, and this writer is encouraging you to use your time off now, or just play a little hookey.

And finally, check out this video of Anton Krupicka’s attempt to set a trail running record on Nolan’s 14. Interesting to watch the struggle. With that, have a great weekend and enjoy your summer! 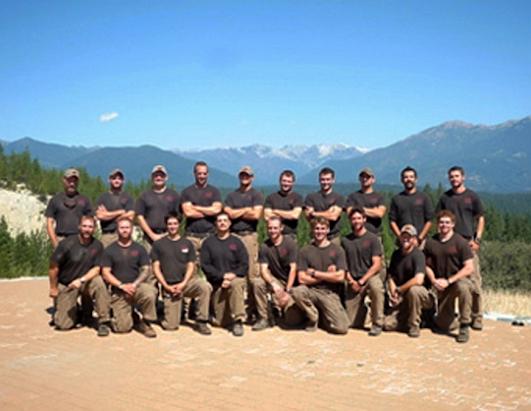 It’s Friday. If you already haven’t blown off work for the day, chances are you’re tanking it for the afternoon right now, right? So let me help pass the time. Here are some more great links in this edition of the Weekly Stoke!

Adventurer and traveler Katie Boue gives us a list of things learned while living 5 months on the road.

Another list, or more of a Q&A, with a woman who, with her family, spends her life sailing the seas.

After the deaths of 19 Arizona firefighters, Brendan Leonard takes a look at the real meaning of putting your life on the line.

Outside of a war zone, Caracas, Venezuela is one of the most dangerous cities in the world. Here’s a story about how Venezuelan runners band together to train and stay safe from crime.

Have an awesome weekend, all!